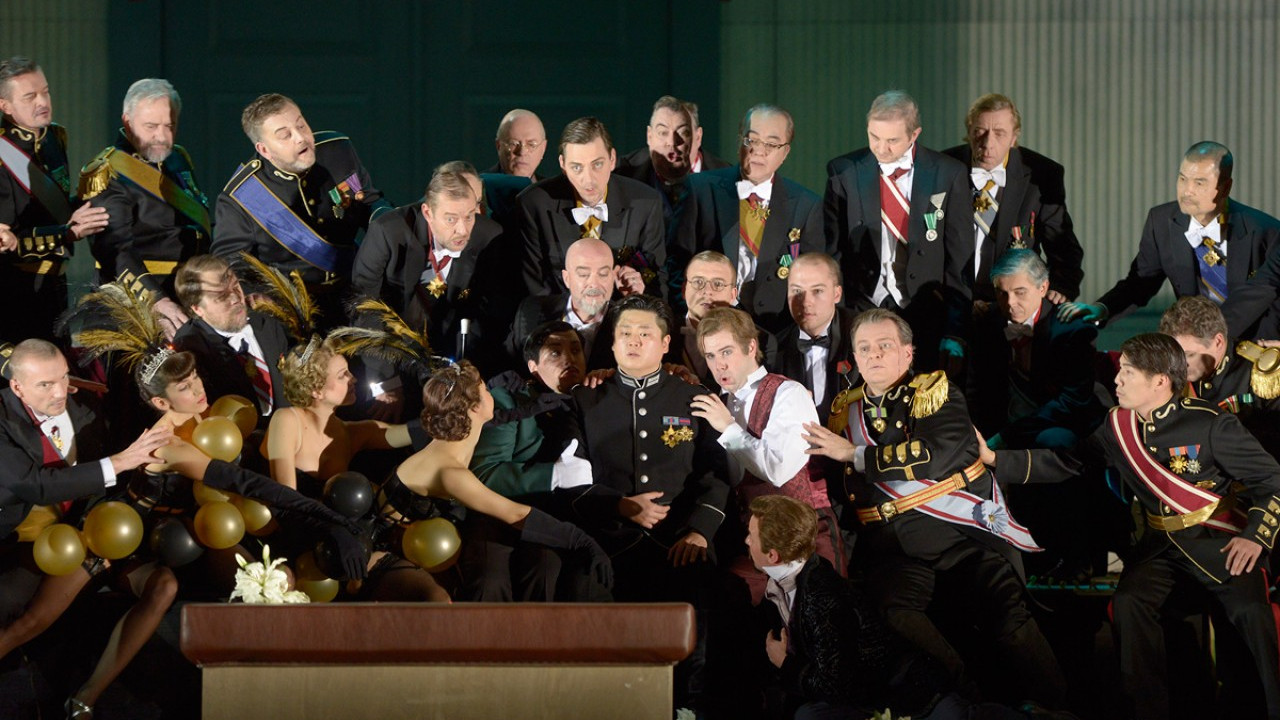 In a world where the truncation of content is becoming an ever more defining characteristic of how we interact, musical theatre is an invaluable antithesis. It is not about simplification, but rather getting to the bottom of things. Asking what drives people to their actions and what it is deep down that holds the world together is the common objective throughout over 400 years of opera, and one which composers today strive to achieve just as much as they did in the age of Mozart. Musical theatre as we understand it is a search for meaning, no matter whether a work answers these questions with great arias that reveal a character's entire range of emotions, with the unleashing of sonic orchestral violence, or the presentation of unsettling blank spaces. Fulfilling this task takes time, and with the emotional force of its musical and dramatic means it conveys people and their stories.

The six works that we present to you on the big stage this season in the form of new productions also address the fundamental questions of our existence, varied the approaches and styles of the different composers may be: Verdi's LA FORZA DEL DESTINO shows a world where there is no place for forgiveness, while in HEART CHAMBER Chaya Czernowin addresses the energy of attraction and repulsion that shape the relationship between two people. While Britten investigates the confusions that stem from the meshing of desire and love in his MIDSUMMER NIGHT'S DREAM, Tchaikovsky shows in his PIQUE DAME an outsider whose sole raison d'être is his faith in the luck of a card game. And both the Danish pariah composer Rued Langgaard, whose only opera ANTIKRIST we are presenting in Berlin for the first time, and Richard Wagner in his RING DES NIBELUNGEN, were preoccupied with the idea of using art to show humanity the way to a better existence.

We would be very excited if you were to take the time for musical theatre.