Dancing at the door of doomsday

Rued Langgaard‘s ANTICHRIST is an amazingly clear-eyed end-of-days fantasy from the 1920s, and if anything it has gained in relevance in our times, says dramaturg Lars Gebhardt 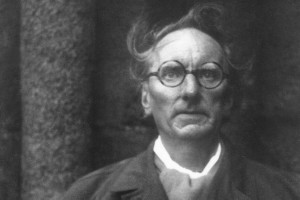 Right now, a hundred years later, there’s a lot of looking back to the Roaring Twenties. The mixture of political tension and uninhibited living for the minute seems to be palpable again today, especially as Berlin was at the epicentre of the decadent »dance on a volcano« feeling a century ago.

Looking back now on the 15 years between the end of the »Great War« and Hitler’s takeover, we think of them as a window of opportunities: people kept pouring into the cities, politics left and right was getting more radical and polarised, factions were fighting in the streets and art and culture were literally bursting with ideas. At the same time you had film revolutionising how people used their leisure time, and from its beginnings cinema was always blending entertainment with social criticism. Fritz Lang’s »Metropolis«, for instance, was an early dystopia, a dark sci-fi story that imagined how our mechanised lives might end up. The wealth of possibilities that presented themselves to the open and pluralistic society of the 1920s is reflected in a multitude of futuristic visions, hopeful and pessimistic alike: artists working in all genres, living as if there were no tomorrow, were wondering how long the tomorrows were really going to keep coming.

Ensconced in Copenhagen, ostensibly remote from the important goings-on of his day, the Danish composer Rued Langgaard spent almost the entire decade working on his one opera. ANTICHRIST is puzzling work, a strange monolith of a piece but also a clear-sighted testimony to that glittery, two-headed decade. Its creator was a tragic figure. Langgaard was born into a musical family in 1893 and in his teens was already being hailed in his home country as an organ and piano virtuoso. In 1913 his Symphony No.1 had its world premiere at the Berlin Philharmonia and other symphonic works followed at home, but he never really had a breakthrough in Denmark. He was denied positions as an organist and his smooth, late-romantic style appeared old-fashioned when set against the clarity of a Carl Nielsen.

In 1923 Langgaard submitted an unsolicited opera entitled ANTICHRIST to the Königliche Oper in Copenhagen and was rejected out of hand. The deftly constructed libretto, written by Langgaard himself, follows Apollyon, the personification of the biblical Antichrist, as he brings about his own downfall and the Second Coming of Christ.

The storyline was inspired by the poem of the same name by Peter Eggert Benzon and also Robert Hugh Benson’s »Lord of the World«. But it was his libretto that met with incomprehension, and Langgaard set about the task of reworking the text. His psychological tale morphed into a kind of oratorical revue. Inspired by apocalyptic images from the Book of Revelations, Langgaard presents the Antichrist in a number of embodiments, which appear as the seductive, apocalyptic vices of humanity: »The Mouth Speaking Great Things«, »The Lie«, »The Great Whore«, »Hatred«, »Despondency«.

The libretto that Langgaard wrote is still vivid in its choice of language, seething with metaphors and biblical references. Like few operas written in the 1920s, ANTICHRIST reflects the mix of optimism and foreboding associated with the decade. The work took on a deeply personal character for Langgaard, who really did consider the people around him to be heading in the wrong direction. ANTICHRIST was Langgaard’s appeal to his contemporaries for authenticity and steadfastness, as they lurched through that time of change – but also expressed his desire for the absolving thunder and lightning of a redemptive God.

The Copenhagen Opera continued to reject his much-modified work, however, and Langgaard became an outsider, achieving a modicum of recognition only in the 1940s thanks to a job as cathedral organist in Ribe, a provincial town. He was never to see his opera performed onstage. The world premiere took place in 1999, decades after his death.

For all the tragedy associated with its evolution, Langgaard’s ANTICHRIST ends on a hopeful note. God’s voice restores his holy light to humanity and banishes Lucifer in all his forms to Hell. Few works are more deserving of being staged in a Berlin opera house in 2020 than this fusion of end-time fantasy and salvation tale.