Philipp Stölzl is a director of films such as “North Face” and music videos featuring the likes of Madonna and Rammstein. He has staged PARSIFAL and RIENZI for the Deutsche Oper Berlin. He talks here of the link between Wagner and cinema.

Why Wagner?
I was already hooked at the age of ten. I saw the first part of George Lucas’s “Star Wars”, which is packed with references to the RING and Wagner material. That was the first time I felt his music tugging at me.

What is it about the combination of film and opera that attracts you most?
The combination can be great, but it’s not always the key to the success of a work. Film is incredibly dynamic and fast-moving. It’s kind of like lobbing a stick of dynamite onto the stage. That’s what I like about it.

What’s the risk attached to combining the two?
You have to know what you’re doing and know how to handle the two genres. Onstage you have to manage everything so that film, storyline, music and acting all dovetail perfectly with each other. Otherwise the audience don’t know what they’re meant to be focusing on. As an example, in the second part of RIENZI I had a split-level stage, with the film material running on one level. We worked enormously hard lighting it to ensure that people looked where we wanted them to look. 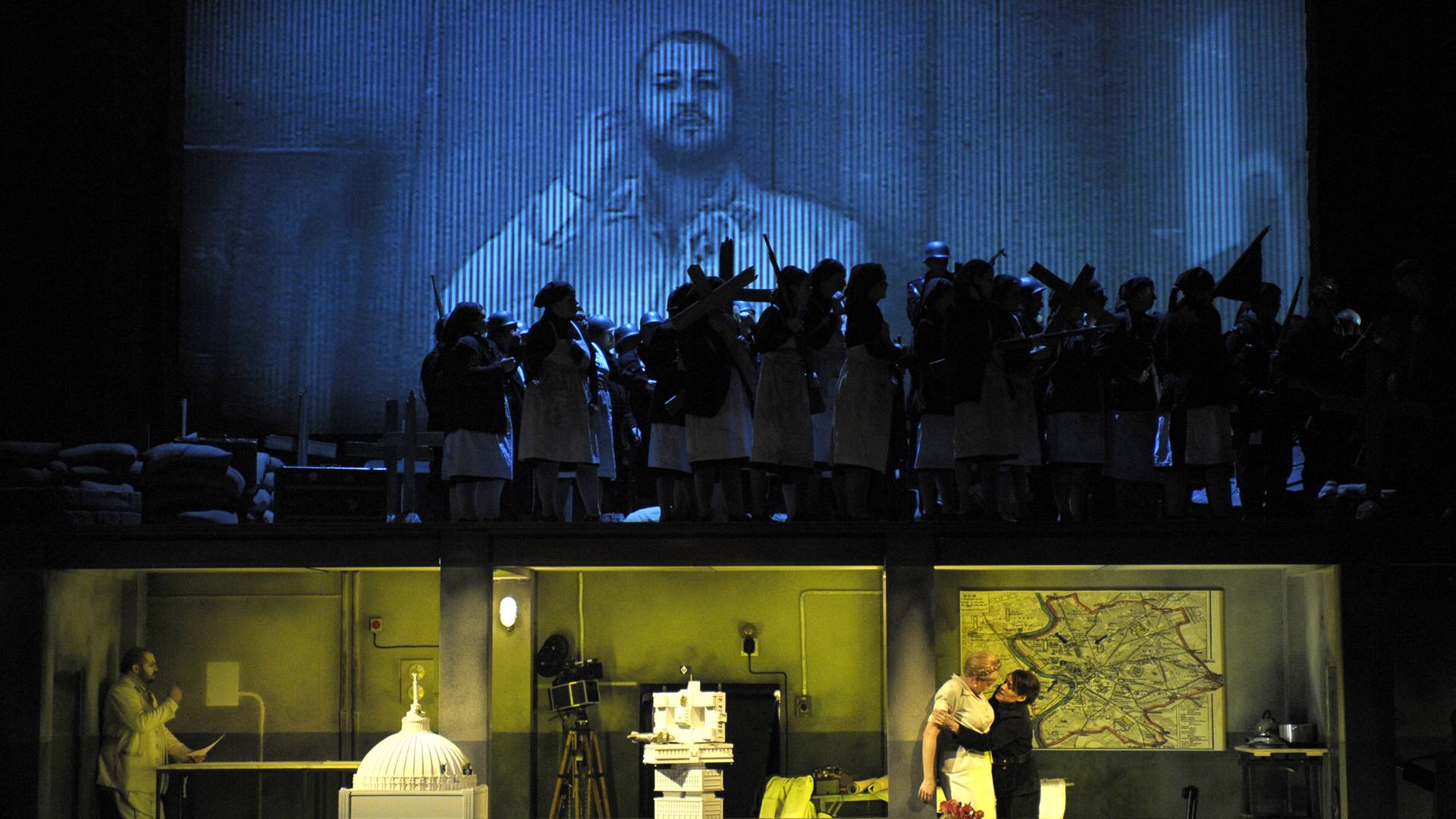 What’s the connection between cinema and an opera by Wagner?
Both mediums are very suggestive. You’re stepping out of your day-to-day existence and into a space occupied only by sound and narration. If everything runs smoothly, the space will suck you in and won’t let you go. That was what Wagner was aiming to achieve and he pulled it off at certain brilliant moments. Obviously I’m trying to do the same as a director. At the same time, though, it was feeding people’s criticism of him, the fact that his music is so overpowering and seductive, especially where the National Socialist aesthetic is concerned.

Adolf Hitler was a fan of Wagner. Wagner was antisemitic. Is it ok to like his music?
Of course it is. His works are much too complex, subtle and paradoxical to be fully comprehended by the Nazis. The suggestive power of his music went perfectly with the idea of the “Thousand-Year Reich”, which is why the Nazis’ enthusiasm for Wagner – or at least Hitler’s – should not surprise us. Not that that means that the Nazi regime is a substantial part of the music. I see Wagner’s anti-Semitism as a form of mischannelled vanity. In Paris he probably felt chastened and hurt by people who turned out to be Jews, people like Giacomo Meyerbeer, for instance. And also anti-Semitism in the 19th century did not carry the burden and baggage of Auschwitz. Up to a point it was a socially acceptable attitude to have. Not that that makes it any better.

How much Wagner is there in your films?
There’s a lot of Wagner in “North Face”. The protagonist is suffering big-time. The mountain represents the force of nature. The music, too, owes something to Wagner, with the motifs, with its repeating structure, which is very much reminiscent of Wagner’s idea of the leitmotif. As a musical motif the mountain is represented by dark tones and a brass movement that recalls PARSIFAL. If I wanted to remake the film, I’d have a sparer soundtrack because the music can smother the images and eclipse the wretchedness of the characters and scenes.

Would Wagner be a good director of films?
Wagner was disillusioned by his attempts to bring works to the stage. The images he created were not equal to the power of his music. Wagner the director was squarer and altogether more average than Wagner the composer. But yes, I do wonder what Wagner could have done with the cinematic medium.

Would Wagner be a good heroic subject for a film?
At first glance he’d be no good as a screen hero because he’s not someone you want to side with. He was gutless, he had a succession of women on the go, he was constantly short of cash, was on the run from creditors. If he wasn’t a great artist, no one would pay any mind to such a louche individual. But if you peel away the layers, like I have, you discover his sense of humour, his radical intellect, his paradoxical, fanciful way of thinking. Exactly the kind of character that cinema thrives on.

What perspective do you bring to opera as a film director?
My aim is to tell an opera story in such a way that people grasp the underlying tale, just like my approach to filmmaking. In PARSIFAL, for instance, I asked myself where the grail started out and what the significance of Wagner’s exploration of Christianity was. It may be that because of my film work I’m more in touch with the audience – and audiences always view an opera within their own specific context. Our ancestors drew their images from books. My generation, which grew up with films, appraises opera through a number of prisms, one of which is cinema. 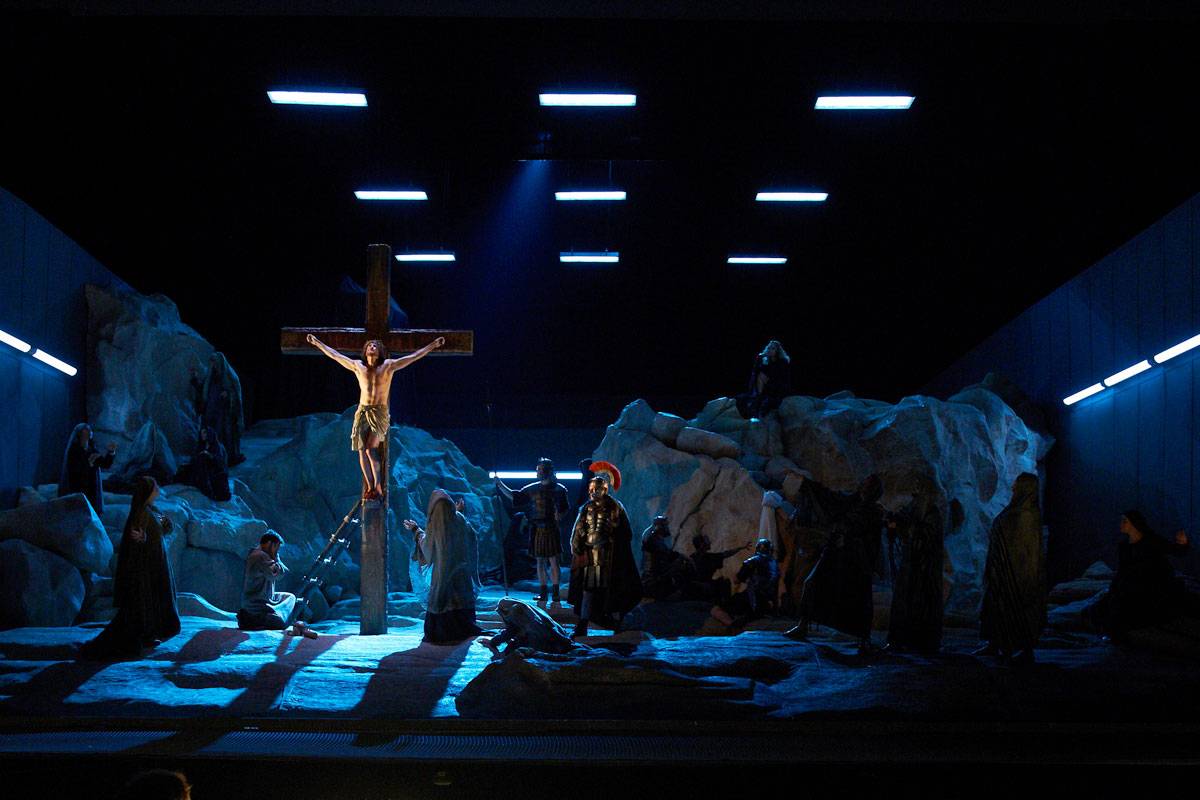 What can opera achieve that film cannot?
Film is a very powerful medium. The stage can’t compete at all. And yet the stage thrives on you, as a spectator, opening up to whatever theatrical situation is being presented. You’re sitting in an auditorium watching people speak or sing in a rather peculiar way. An opera by Wagner hopefully sucks you in, seduces you, triggers irresistible feelings in the members of an audience. Wagner’s music is capable of arousing psychedelic or sexual feelings and sparking sensations akin to a drug high! I’m guessing the effect was much more intensive in the late 19th century than it is today. Cinema tries to generate the same feelings. And it often fails in the attempt.