Stefan Herheim ... A place of serenity for my soul

Stefan Herheim, one of the world’s most sought-after directors of opera, is currently working on a new production of Wagner’s RING. And the message he is getting from the Holocaust Memorial is that nothing is truly certain. 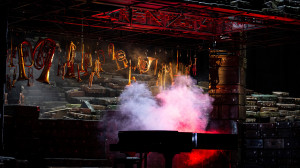 I like the Holocaust Memorial. It’s a monumental way of trying to encapsulate the unimaginable, something that is unspeakable yet unsilenceable. And the most striking thing about it for me is the fact that a lot of the stelae appear to have shifted and tilted slightly from their linear positions, which I don’t think was the intention.
We’re only talking about a couple of centimetres, but any deviation from the severe topography is enough to remind us that our very existence is inherently unreliable. The heavy, leaning stones make us question our own perception and realise that there is no such thing as a solid foundation.
Modern Berlin is built on scorched earth. Wherever we tread, we are treading on history. The Holocaust Memorial is like a city within a city. Trees are banished to the edges of the ‘henge’. The natural world is mostly present in the form of sky. Light, warmth and cold are determined by clouds. The sharp-edged shadows of the blocks advance in their inexorable creep. The concrete glows white in the sun and goes dark in the wet.
The first time I walked among the stones was in the early hours of the morning after a night of heavy drinking to round off Christopher Street Day. The Memorial had only recently been inaugurated and it was so open and quiet that I thought I was alone. So I was quite staggered when I realised there was furtive stuff going on in there, the kind of stuff you’d expect in a gay darkroom. I was scandalised but also fascinated at the liberties that people took in Berlin.
I grew up in Norway. My mum is German and my father’s mother was German. My mother was eighteen when she moved to Norway in the fifties – the war and the German occupation was still a huge thing – and she assimilated very fast. We only spoke Norwegian at home and I started trying to find out who I was by approaching the subject of German guilt from a Norwegian angle. Norwegians’ deep-seated hatred of Germany hung on well into the nineties. I was studying in Hamburg at the time. Norwegian friends used to visit, and there were times when they’d been downing beers and went prancing down the Große Freiheit doing the Heil Hitler sign and laughing their heads off.
It's hard to think of a work that is as inextricably linked to the biography of its creator as THE RING OF THE NIBELUNG. Wagner began toying with the idea around the time of the 1848 revolution, in the aftermath of which he became a hunted man and fled to Switzerland. It was another twenty-five years before the culture exile completed his »The Artwork of the Future« and found, in the dedicated Festspielhaus in Bayreuth, a haven for himself and the many displaced persons that people his tetralogy. That venue was corrupted in the service of the Nazi cult, with the works of the antisemitic Wagner harnessed to a machine devoted to the expulsion and eradication of entire peoples. The theme of people fleeing death and destruction is a big part of the idea behind our version of the RING, partly in response to the ongoing refugee crisis today. The RING tells a story of the kind of interior flight that we are all engaged in to some extent, even if we look to art as a sort of refuge. As hostages to the Corona crisis, we don’t know if we’ll get around to staging what has been in the pipeline for so long. The worst thing for me is the utter lack of certainty and my own schizophrenia in the sense that I’m desperate to get back to the kind of ‘business as usual’ whose key characteristics – greed, consumer-mania and 24/7 hyperactivity – give rise to the global crises of our times. 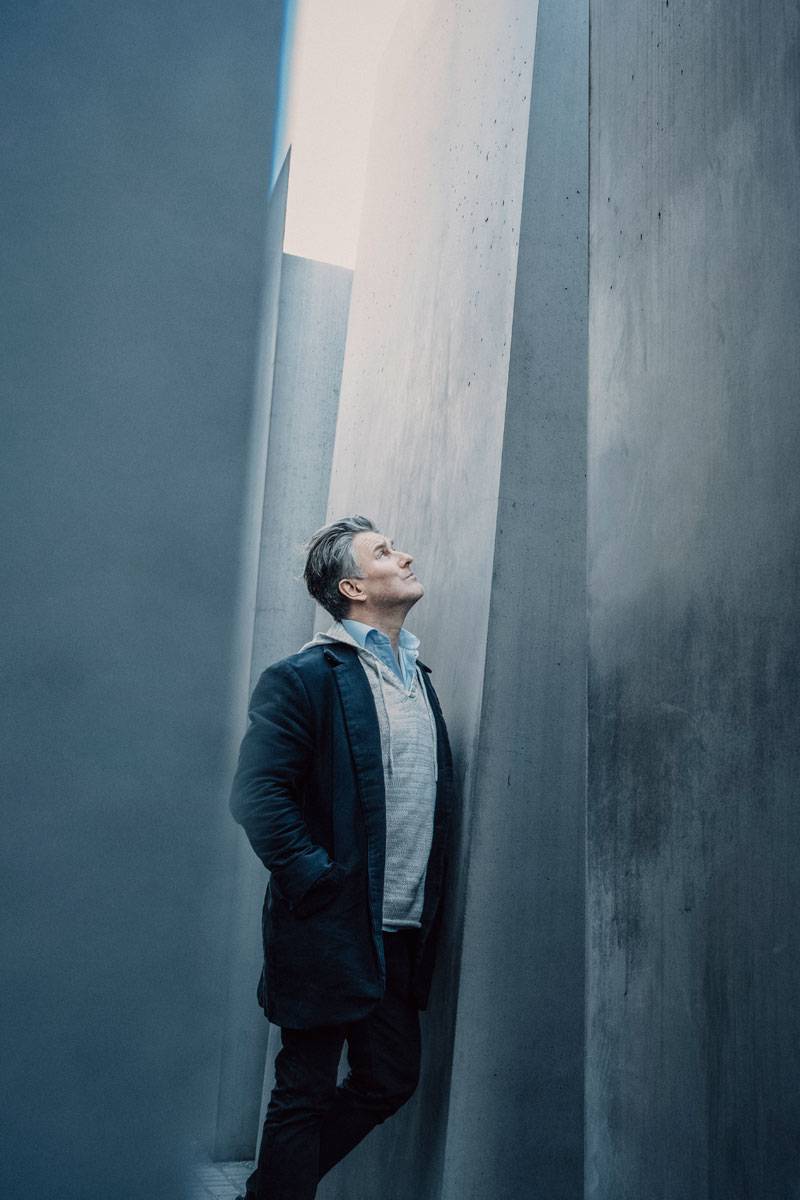 Herheim amongst the stelae in the Memorial to the Murdered Jews of Europe. He is fascinated by the way the blocks have shifted position slightly over the years. © Jonas Holthaus

Has art failed here in its function as direction pointer? Would it have been conceivable 100 years ago to shut down the entire economic and cultural workings of a country to protect primarily the elderly and people with existing medical conditions? Is a readiness to put one’s shoulder to the wheel of socially-minded solidarity not something that the makers of art and culture can also claim to be doing? If so, how can it be that artists, of all people, are currently being hung out to dry as exponents of a humanism that, as well as giving off a pleasing intellectual fragrance, is actually making itself felt? The principle of hope is an essential pillar of Wagner’s »The Artwork of the Future«. In today’s world – a much easier world to inhabit than Wagner’s – we are no less needful of an art that poses the question: where are we headed? In reaching out for Knowledge, which makes of us a mankind that has to fend for itself, we forfeited our position in paradise. The challenge for us is, and remains, to take responsibility for that step.