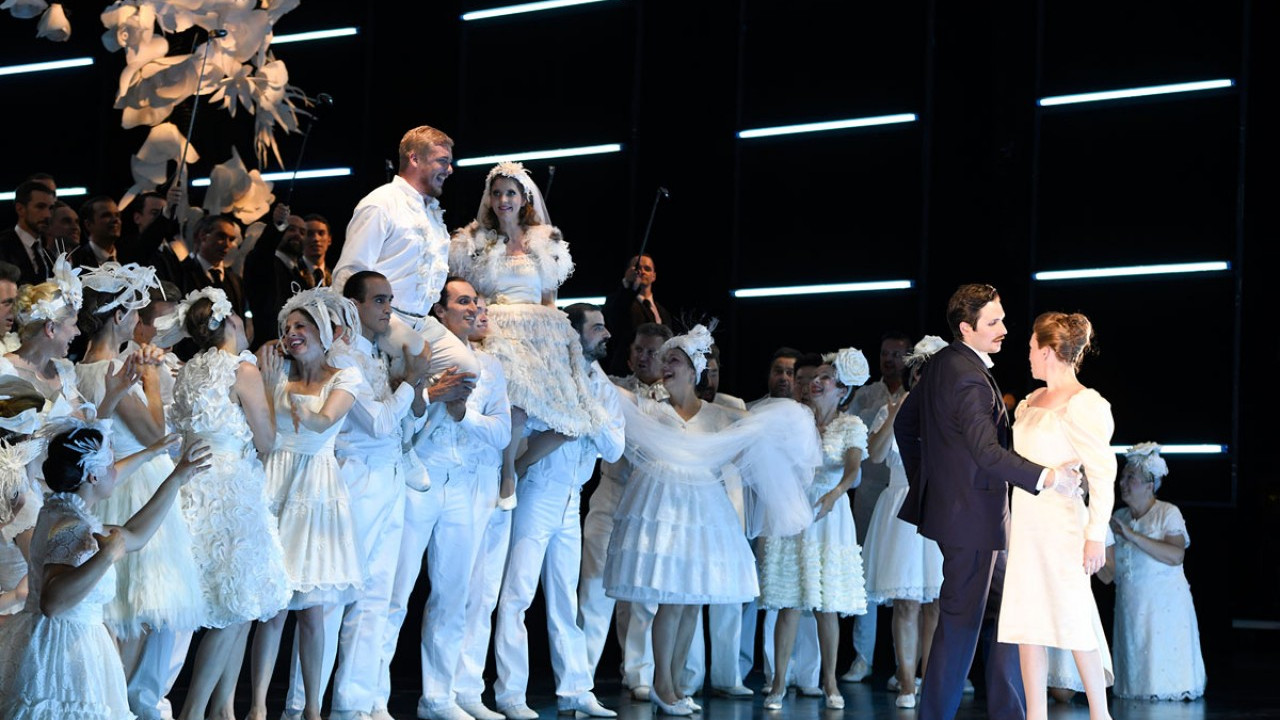 The forward-looking approach of our »Förderkreis« consists partly in the fostering of up-and-coming singers. In any given season grants are awarded to at least five stipendiaries, whose proven ability then goes to amplify the combined talents of the ensemble of the Deutsche Oper Berlin. In recent years the Society has also entered into private sponsorship arrangements, with patronages being funded by Walter Sandvoss, the Manfred Strohscheer Foundation, Bettina Volle [in memoriam] and a group of enthusiasts running a »bel canto grant«. Bel canto patrons are: Bert Günzburger and Lothar Matthiak, Renate and Claus Jürgen Diederich, Horst Ihloff, Florian Chiutu-Haeger and Rolf Haeger, Dr. Dr. Peter Kaulen and Eliseo Diroma. A huge THANK YOU goes to these people.

Scholarship holders of our Förderkreis 2020/2021

Alone the performances of DON GIOVANNI in the 2020/21 season would be a pale shadow of themselves without the raft of former stipendiaries who populate the cast. The title role is taken – for the third time in succession – by one-time stipendiary Samuel Dale Johnson, with his trusty manservant sung by Seth Carico, another former beneficiary. Donna Anna is rendered by Flurina Stucki, Don Ottavio by Matthew Newlin and Donna Elvira by Jacquelyn Stucker. Recipients of Society grants often sing significant parts in their first season. These have included Hoffmann [Robert Watson], Alfredo Germont [Andrei Danilov] and Adele [Meechot Marrero]. But they are also essential adjuncts to the ensemble in their portrayal of ‘B-list’ characters and their interpretation of minor roles in works by composers ranging from Mozart, Wagner and Puccini to Britten, Shostakovich and Korngold.

To get a Scholarship

The stipend usually begins on 1 September of the respective calendar year, and ends on 30 June of the following year. The monthly stipend currently amounts to € 1,550.00 and is paid in this amount with no deductions. Because the stipend does not fulfil the requirements for tax exemption as per § 3 no. 44 EstG (Income Tax Act) according to the current legal concept of the fiscal authorities, we explicitly state that the beneficiary is obligated to file this income and state it in their personal income tax statement. The Deutsche Oper Berlin will pay an additional € 1,000.00 gross per month for appearances in opera performances.

To complete an application please send your materials via mail to barrios[at]deutscheoperberlin.de
We don´t have any kind of deadline for applications. Please see the above mentioned notes for each season.

Considering the large number of applications, it may take several weeks before you receive an answer. We ask for your understanding!

Season 2020/21:
The application procedure has been closed, since all the scholarships are given for the 2020/21 season.