Singing in the Children's Chorus

There are many ways at the Deutsche Oper Berlin for budding singers to get actively involved in opera and concerts. With a roll of approx. 150 active singers, the Children’s and Youth Chorus is an important constituent of the Deutsche Oper Berlin. Chorus master Christian Lindhorst is the contact person for queries and registrations.

The Children's Chorus is supported by Engel&Völkers and Dobolino e. V. 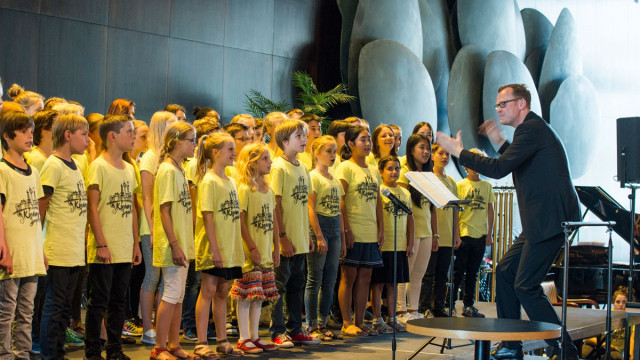 This is the place for singing fans to have fun learning how to use their voice. They will learn simple pieces of song for short performances, e.g. as part of the annual Christmas carol singing, and be sensitively introduced to opera literature designed for children’s choruses. 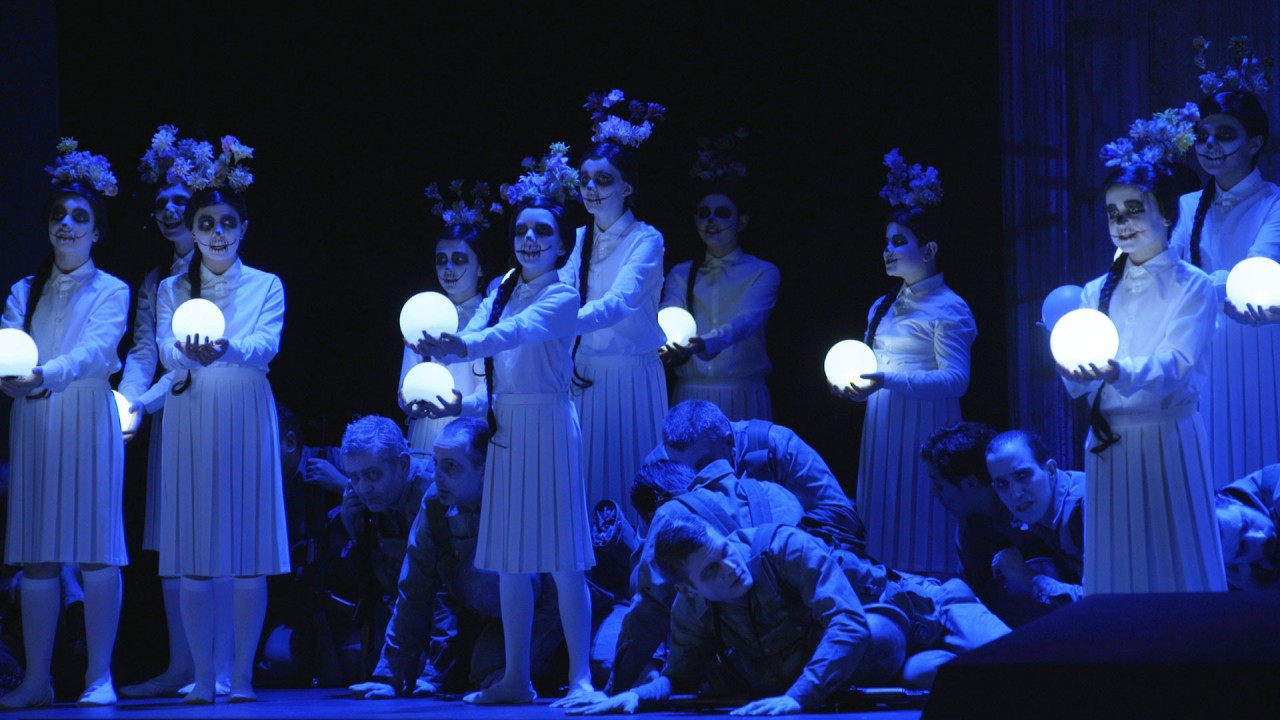 With approximately 150 singers, the Children’s and Youth Chorus of the Deutsche Oper Berlin forms a well-integrated part of the opera house ensemble. Children and teenagers receive solid musical and vocal training in choral groups, working alongside youngsters of the same age. The aim is for them to appear onstage alongside opera professionals and show what they are capable of in concert performances. In the 2019/20 season the children’s chorus will once again feature in a raft of productions including CARMEN, DAS RHEINGOLD, LA BOHÈME, TOSCA,  and TURANDOT.

Watch here a video-Feature about our children's chorus

Aside from the opera performances at the Deutsche Oper Berlin, all the choral groups also appear at other venues in Berlin and further afield. Our youngest budding singers in the Mini Chorus focus for example on rehearsing carols in the run-up to Christmas. The Children’s Chorus, the Concert Chorus, the Voice-Changers (our company of young male singers) and the Youth Chorus cover a repertoire stretching from the Renaissance to contemporary music. In July 2018 the Concert Chorus was travel to Tshwane, South Africa, for the World Choir Games.

Further information is available on the web pages of the Friends of the Children’s and Youth Chorus of the Deutsche Oper Berlin: www.dobolino.de

For boys aged 13 and over

If boys’ voices are breaking, they are ripe for the “Voice Changers”. Under the guidance of Rosemarie Arzt a voice in the process of breaking is seen as a period of discovery for the voice rather than an impediment to singing. These discoveries are worked into brand-new pieces which are performed by the group in public at regular intervals, accompanied by small, choreographed elements.

The Children’s Chorus is back rehearsing

»After a five-month break due to Corona, we’re at last allowed to sing and act as a group. At the moment, we’re rehearsing for the ST MATTHEW PASSION. Some of the kids will be onstage for the entire three hours. The rehearsing process is different to what it used to be: we’re limited to groups of 18 children maximum. For safety reasons we’re still singing in masks, even though our distancing means we could be singing without them. The kids are very sensitive in their response to all this. They’re more reticent, cautious, wary than usual, but I still get the sense that they’re really glad things are moving again. They’re really focused, positively radiant. You get the feeling that after all those months of group singing being banned, they’re veritably ravenous.« (Christian Lindhorst about rehearsing St. Matthew Passion) 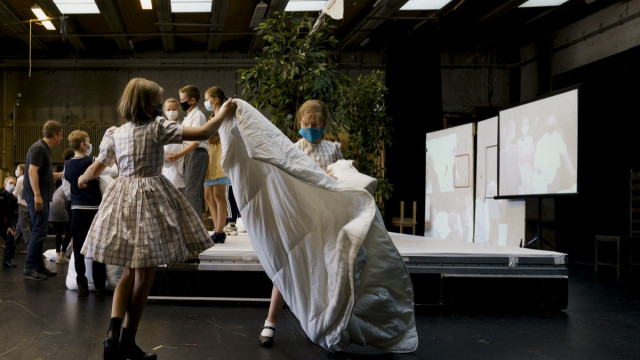 For teenagers aged 16 and over

If you’re too old for the Children’s Chorus but not quite an adult, then you need an alternative to Mum’s church choir or Dad’s male voice chorus. If you would like to get involved in the Youth Chorus, you should bring with you some experience of choir singing and be available for Thursday rehearsals starting at 18.00.