Young Opera:
Generational Performances Get involved! Workshops & Clubs Children's Chorus For Classes Orchestra & School For Day-Care Centres For Teachers Team, Contact and Tickets
Go to:
People at the opera “Go your own way and learn how to hear!” Further Training for Teachers Staff Outing to the Opera

Theatre is a place of exchange and encounter. The exchange with you as our most important partners is a central component of our work: What does school need, what does theatre need? Which forms of mediation do you need in your lessons, which plays are suitable for your pupils? And how can music and theatre be integrated into everyday school life as aesthetic and pedagogical design principles? 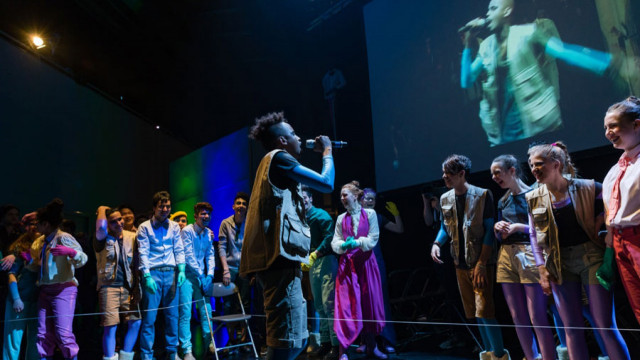 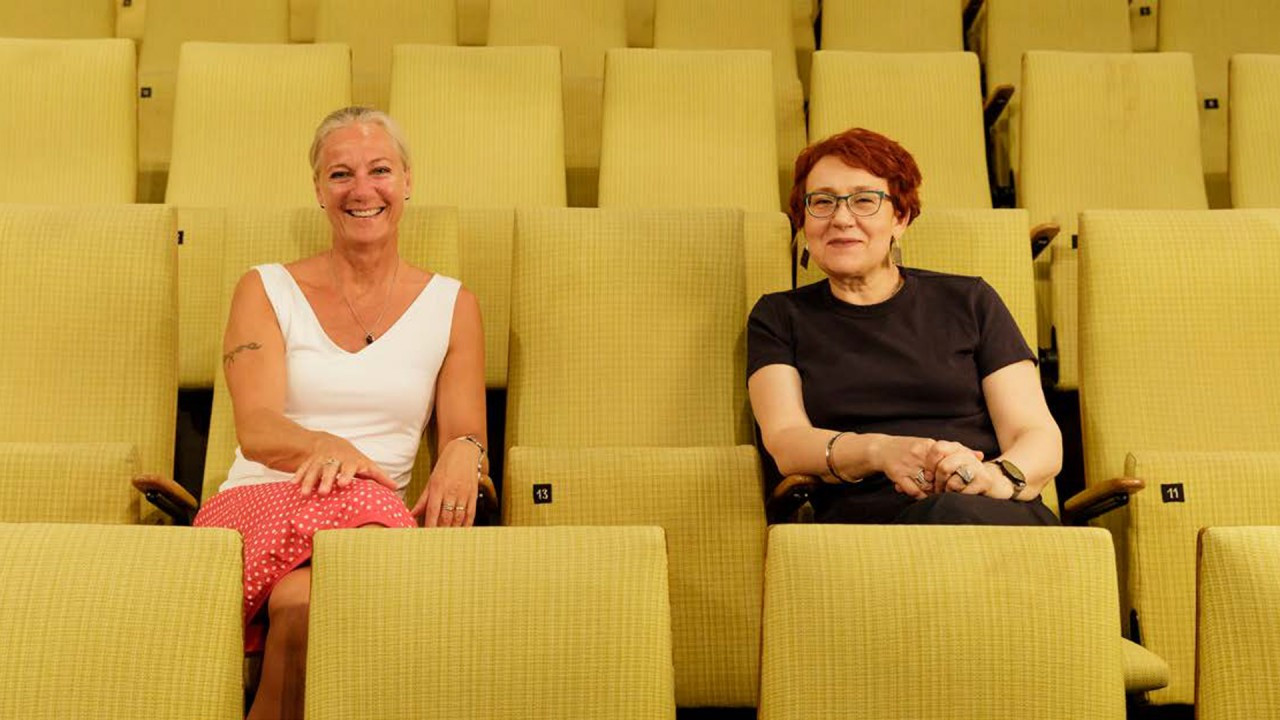 »Teacher training shouldn’t be restricted to the classroom. In our Deutsche Oper Berlin workshops we improvise with a feather duster, using it like an air guitar or a witch’s broom. It’s a good way of encouraging even shrinking violets to blossom and bloom! Improvisation techniques like that are a great way to convey and communicate performance art, as are exercises focusing on posture and voice. We were once in a controversial performance and during the interval two opposing groups of spectators began a slanging match. The artistic director had to break them up. That kind of social incident broadens the mind; it doesn’t have to be a fictional story being played out onstage.«
Ines Deutschland trains teachers and coaches them in workshops and at performances of the Deutsche Oper Berlin

»The youngsters in my class come from Gambia, Ghana, Guinea, Syria and Afghanistan. They are refugees, 16 or 17 years old. Many have lost their parents, can’t read and write, are traumatised. People are often asking me: ›How can you take them to the opera?‹ Well, I think they’re up to it. In fact, I absolutely believe that it helps them in their development. You learn a new language by living it and fully embracing it. We saw a live performance of Mozart’s THE MAGIC FLUTE. A little while later I was playing some classical music in a lesson and one of the boys chirped up: ›Miss, we heard that at the Deutsche Oper!‹ I was so proud.«
Olga Goße teaches German as a foreign language and is a frequent visitor with her Welcome class at the Deutsche Oper Berlin
read more

“Go your own way and learn how to hear!” 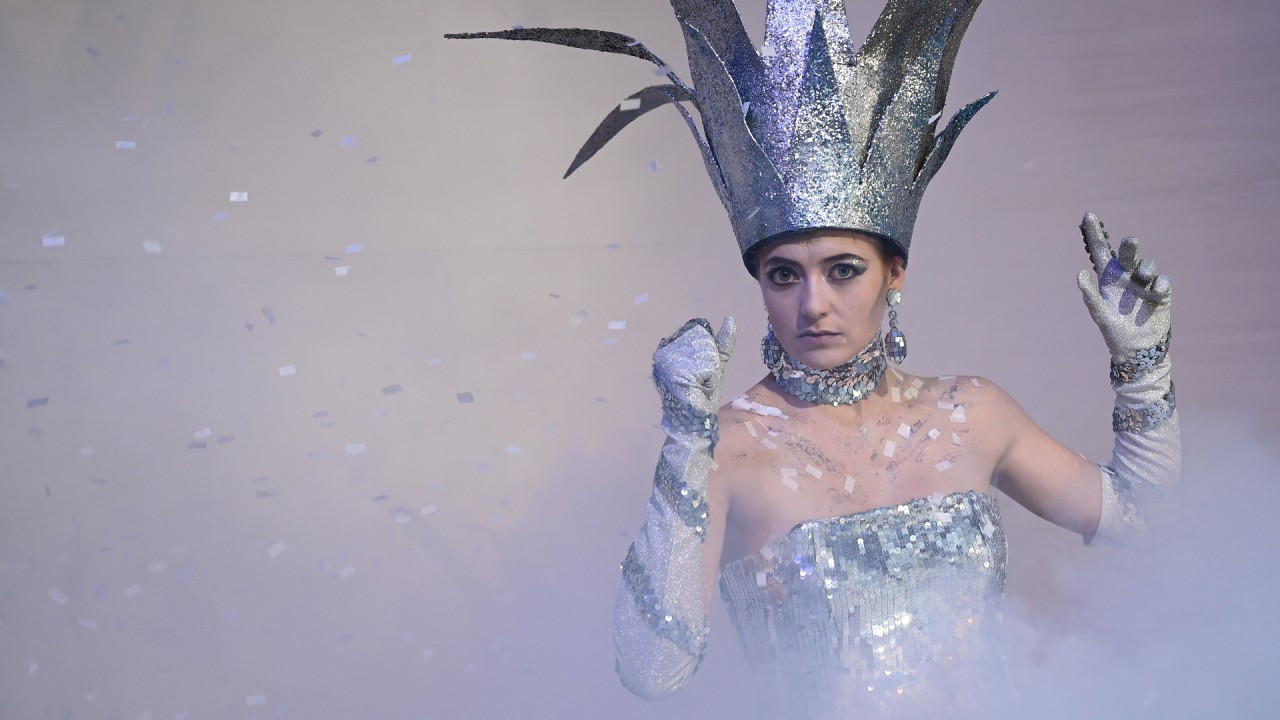 ... Such is the advice of the Flower Queen to Gerda as she sets off in search of her friend, Kai. The Snow Queen has abducted Kai after an icy shard of glass embedded itself in his heart, warping his personality. He has become mean and callous and has gone away – yet Gerda is not about to give up on him.

THE SNOW QUEEN is our new opera for children aged 8 and over. Based on Hans Christian Andersen’s fairy tale, the opera is complex and presents a heroine whose loyalty, faith in her friend and confidence in herself are all being tested to the limit, along with her ability to learn, to scrutinise things carefully and to listen attentively. THE SNOW QUEEN is an amalgam of fairy tale, adventure story, road trip and depiction of character development.

Bring your 3rd – 6th year pupils to see THE SNOW QUEEN in the Tischlerei. The music is by Samuel Penderbayne and the work is staged by Brigitte Dethier, one of the most experienced directors of children’s theatre in Germany.

Hope to see you there! 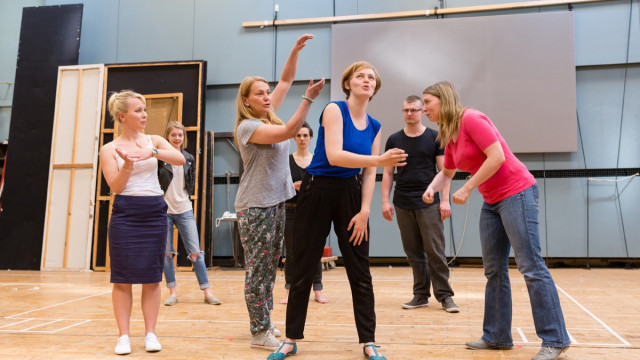 For all teachers wanting to incorporate music and drama into their curriculum. In our further training sessions we will test out methods for teaching musical theatre as evinced by Deutsche Oper productions. We also offer closed workshops to colleges, seminar groups and nursery-school teams.
read more 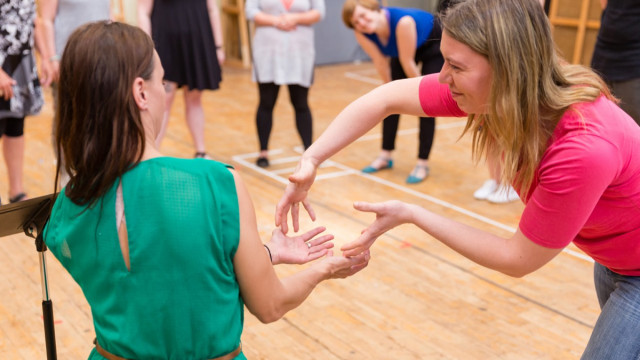 We will host a trip to the Deutsche Oper Berlin for all your teaching staff. Take advantage of this offer to visit the opera house or to familiarise yourself with the production prior to attending a performance.
read more